The South Carolina Midland’s Jimmy Buffett fan club, Palmetto Parrot Head Club, was founded in January 1997 and is an officially sanctioned chapter of the national organization known as Parrot Heads in Paradise.

Although Parrot Heads are known for having a good time, their outrageous concert behavior and dress code is offset by their truly inspiring philanthropic efforts. For years, hundreds of fan clubs have banded together in communities across the country giving their time, their money, and even their blood all in a spirit of camaraderie. 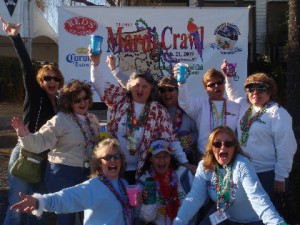 Hard core fans all over the United States, Canada, England, and Australia contain groups founded on fun and philanthropy in what Parrot Heads proudly refer to as “Partying With A Purpose”. In 2010, local chapters of PHIP contributed over $2.9 Million and 215,000 Volunteer hours to local and national charities.

The Palmetto Parrot Head Club supports local charities such as The Alzheimer’s Association, Toys for Tots, Carolina Children’s Home, and River Sweep among many others.

Our club is registered with the South Carolina Secretary of State’s Office.