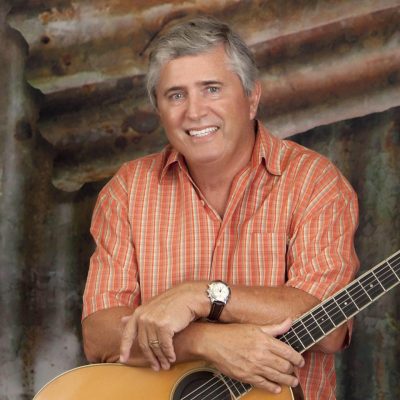 Last Thursday evening, Bernard Johnson, owner of Bert’s Bar & Grill in Matlacha, reported that local musician Jim Morris passed away in a Seattle, Washington, hospital. Morris, he said, had suffered a brain aneurysm the previous Saturday and had been hospitalized and in a coma since.

The report Johnson received read, “To all the friends and family of Jim, we are sorry to tell you that last night, Jim passed away with Sharon, family, and friends by his side. Jim touched all of our lives in many ways and we will all miss him immensely. In Jim’s words, and in his way, Jim is now with the Cosmic Magician, getting the answers to those unanswered questions, like who gave us beer …”

In an Eagle interview last July, Morris explained that he grew up in Georgia with a family history rich in music. His grandfather led a dance band, and everyone in the family either played an instrument or sang.

“I picked up the guitar when I was 10 years old and taught myself how to play,” Morris said then. “It was my way to participate with my family when we all went over to my grandmothers and had a jam session.”

After earning a college degree, Morris worked in human resources management while at the same time wrote songs and dreamed of the day when he could become a full-time entertainer.

“I never felt like I fit into the corporate world,” Morris said. “I was a fish out of water.”

After 15 years in human resources, Morris took “the leap” by leaving the corporate world for good. He spent his time writing songs and playing in various venues around Southwest Florida. The decision to play all original music was a risky one.

“I spent about a year writing and developing a catalog of songs,” Morris said. “I was unsure of my ability to sing and play the guitar professionally, but I thought my songs might separate me from the other performers.”

Morris produced his first recording in 1996, “Laid Back and Key Wasted.”

Each song tells a story.

“The title track is about a guy who gives up the corporate world for the beach, sound familiar?” Morris asked. “Another is about a pilot that flies contraband; another is about roadkill; and some about sailing and fishing and drinking.

“After I moved to Florida I started playing coffee houses,” Morris said. “I built quite a following and after a while people started saying, ‘You know Jim, I love the music but the coffee isn’t too good. Maybe a place where they serve alcohol,’ so I found a couple of old style Florida joints like Bert’s and started playing there.”

Morris’ songs often contain a great story about doomed love or drunken revelry sometimes both. Among his many popular tunes, especially in Southwest Florida, is “The Backroom at Bert’s,” a song that includes several Matlacha/Pine Island characters and clever lyrics.

It was a week ago Saturday, July 9, that David Monahan, a friend of Morris’, posted an online message that “Jim suffered a sudden and catastrophic brain injury due to an aneurism. Jim is unconscious and peaceful in the hospital with Sharon and family by his side. Your thoughts and prayers are needed for Jim and Sharon. Updates will be posted when available.”

An online search showed many radio stations and music venues posting positive messages and prayers for Morris and the owner of Bert’s, Johnson, displayed the sign “Pray for Jim Morris.

“Jim’s music (via his CDs) will be played in ‘The Backroom’ at Bert’s’ tonight,” Johnson said. “And Jim’s Corona w/lime will be on his table waiting for his return.”

“For over 16/17 years, Jim packed ‘The Backroom’ at Bert’s whenever he played there,” Johnson said. “Jim was a national act and his loyal fans have followed him to the Caribbean and even to the South Pacific for roadshow/vacations. His songwriting always left you with a smile on your face, a laugh or two and an appreciation of life. We will all miss him.”

A memorial service is in the planning stages.