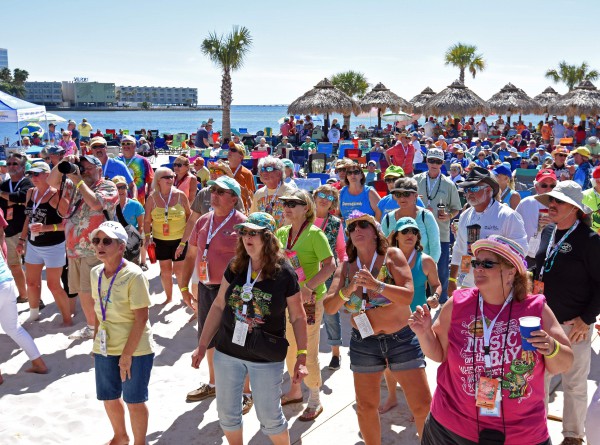 The crowd listens to the Jack Mosley Band during the Music on the Bay festival on Sunday at Whiskey Joe’s in Tampa. The festival raises money for the Shriner’s Hospital and the KOA camp for kids with cancer. LANCE ROTHSTEIN/STAFF. Courtesy of TBO.com

TAMPA — Whiskey Joe’s offered a perfect setting for hundreds of Parrot Heads on Sunday, as the venerable watering hole, restaurant and music venue hosted the fifth annual Music on the Bay festival.

Under cloudless skies, music lovers from around the Tampa Bay area, 32 states, France and Canada sipped drinks with their feet in the sand and relaxed to soothing sounds outside the waterfront bar on the Courtney Campbell Causeway.

The event isn’t just about four days of partying. 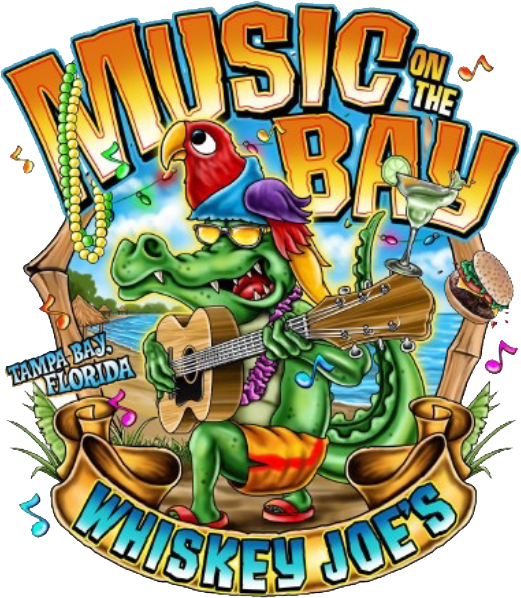 Over the last four years, it has raised more than $100,000 for Shriners Hospital for Children in Tampa, said Dorothy Bedlin, president of the Tampa Bay Parrot Heads in Paradise Club and co-chair of the event.

“It’s like a carnival atmosphere,” Bedlin said Sunday, as The Jack Mosley Band — a touring southwest Florida group — made melodic sounds on an outdoor stage.

Jennifer O’Connor, the event’s treasurer, said Music on the Bay was “killing it” in the fundraising department.

“Dude, I’ve been counting money until I’m green in the face,” she said.

Entertainer Bill “Sauce Boss” Wharton raised $675 over the weekend with his trademark music-and-gumbo-making performance, while Howard Livingston & Mile Marker 24, a Key West band, raised another $3,500 by selling off a margarita made with an outboard motor.

Livingston also raised money over the weekend for KOA Care Camps — a charity for children with cancer.

Tampa resident Steve Story, known to his Parrot Head friends as “Biker Steve,” said Sunday that he had been enjoying the music and atmosphere all weekend. He said that philanthropic work done by Parrot Heads, and the bands they love, is nothing new.

“The Parrot Head family is so cool,” Story said. “You never meet a stranger out here. If someone needs help, you help them. It’s about loving and living life, and being barefoot in the sand with your brothers and sisters.

“I’ve been having a blast, man. I don’t want to go back to work Monday.”

As Story greeted a long-time friend, Mosley’s guitarist picked a relaxing rhythm on his Fender Telecaster, while the band leader sang of “a girl in a string bikini, walking with her shoes in her hand.”

Surveying the large crowd, many of whom sat in colorful beach chairs, event co-chair Bill Connolly said he was proud to raise money for the Shriners hospital — with the help of countless volunteers.

“We work 12 months a year to make this happen,” he said. “We’re always looking for ways to improve and to raise more and more money. There’s no better organization than the Shriners.”

And to Parrot Heads near and far, there may be no better way to help out the children’s hospital than by enjoying life near the water.

Scott Janovsky of Raleigh, North Carolina, drove over 600 miles for the festival, as did about 50 other members of Parrot Head clubs in “The Tar Heel State.”

“This is our second year” at Music on the Bay, Janovsky said of he and wife Elena. “I love it. It’s a great group of people and a bunch of bands. The weather this year has been unbelievable. It’s for a great charity, too. (We’ll do) anything to help out the kids.”