The origin of the iconic margarita glass is somewhat of a mystery. As is the case with so many popular items, there’s more than one story. One of the most prevalent is that the glass evolved at a restaurant in Los Angeles. They ordered new champagne glasses, and a set of peculiarly shaped ones were accidentally delivered. The bartender suggested using them as margarita glasses since they looked bigger and could probably command a higher price.

You can certainly see the resemblance to the much older and smaller French champagne glass that has its own interesting (yet contested) origin story. Allegedly, this glass got its shape from Marie Antoinette’s left breast – she wanted her court to toast to her health by drinking out of bosom-shaped glassware.

As for the liquid that goes in the glass, the revered margarita drink itself (a simple combination of tequila, lime and triple sec) comes with its own slew of creation myths. A particularly interesting one traces its origin back to the popular drink, the Daisy (‘margarita,’ after all, means daisy in Spanish). During the prohibition, the drink was remade with tequila instead of brandy, which became common as people drifted over the border for alcohol.

Whatever the true origins may be, there’s no argument over that fact that the drink and its designated glass have become cultural staples and in many ways epitomize the laid-back island lifestyle, thanks in part to Jimmy Buffett’s music. 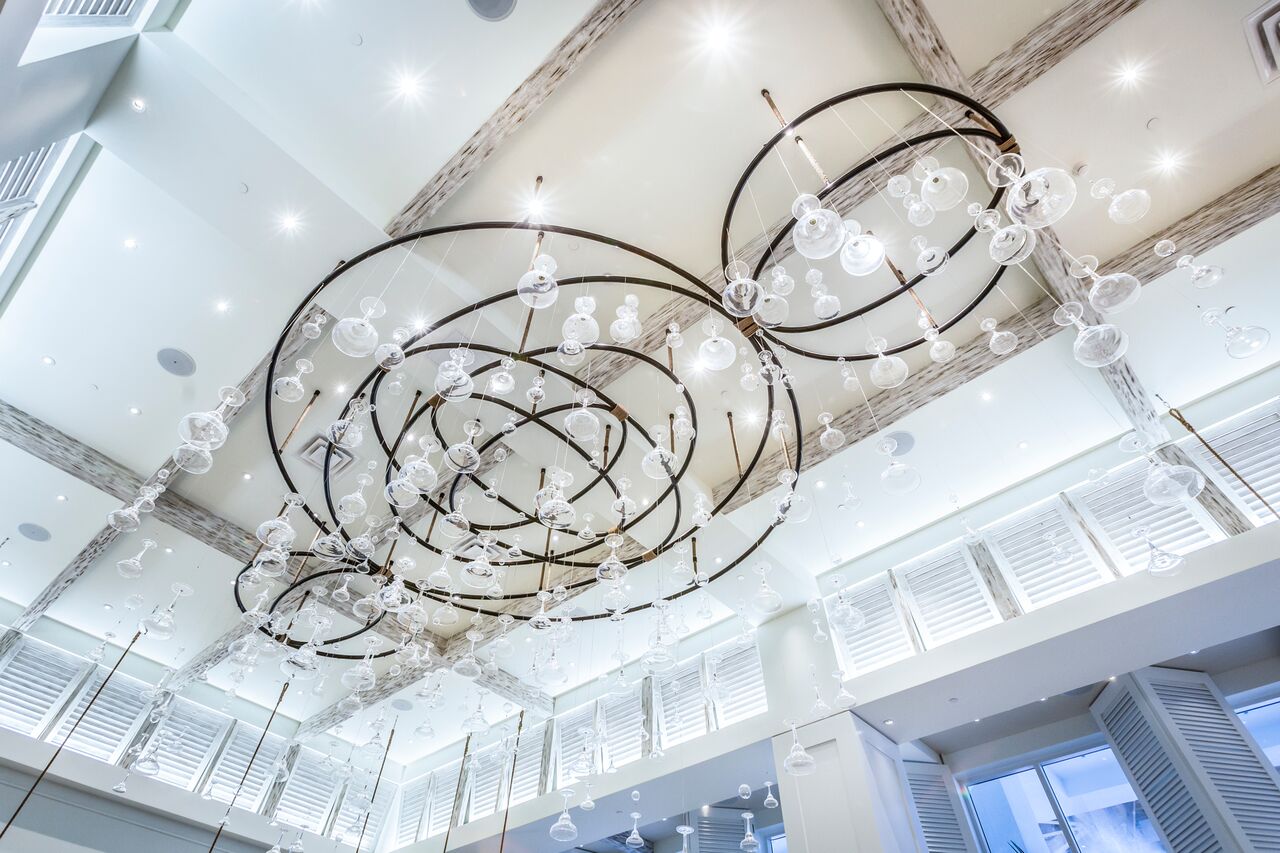 At the Margaritaville Hollywood Beach Resort, one quite literal example greets you in the lobby. A shimmering chandelier hangs above the seating area, and upon closer inspection, guests recognize that it’s made up of dozens of individually illuminated margarita glasses hanging upside down to create a free-form lighting structure. 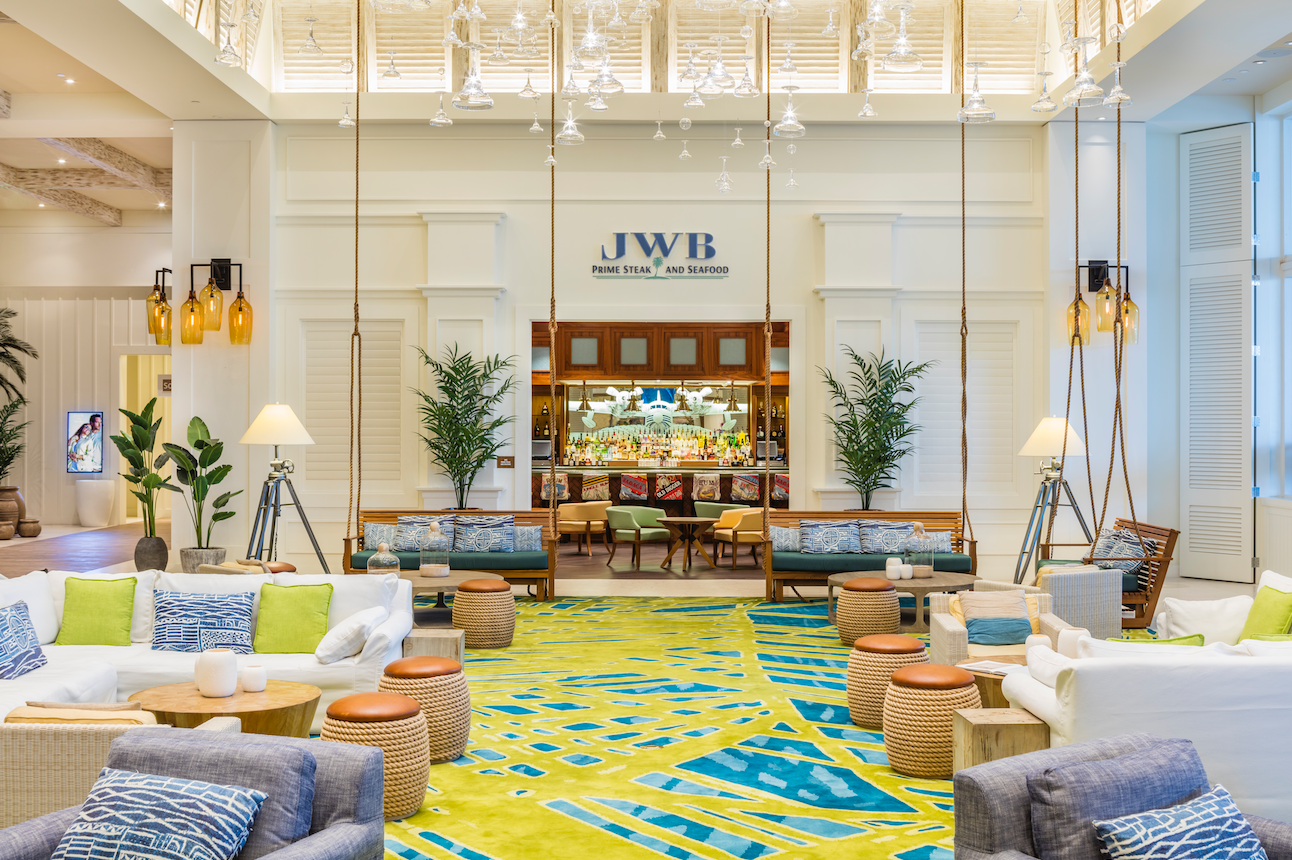 Another example can be found in the lobby’s custom blown glass sconces. These amber colored fixtures are meant to subtly evoke the shape of vintage tequila bottles. The sconces and chandelier are meant to work together to evoke the Margaritaville state of mind.

The margarita has become one of the world’s most popular drinks. It has been estimated that Americans consume 185,000 margaritas on average per hour. Margaritas have evolved through the years, and the varieties seem endless – from a $1200 version available for purchase at 230 FIFTH rooftop bar in NYC to this unique concoction pictured here. What is it, you ask…? A deep-fried margarita at the Texas State Fair, of course! And if you had any doubts, the thing that most certainly drives it home is that perfectly shaped margarita glass.

The History Behind the Iconic Margarita Glass – Margaritaville Blog